Help us to maintain Mental Health Support in Northern Devon 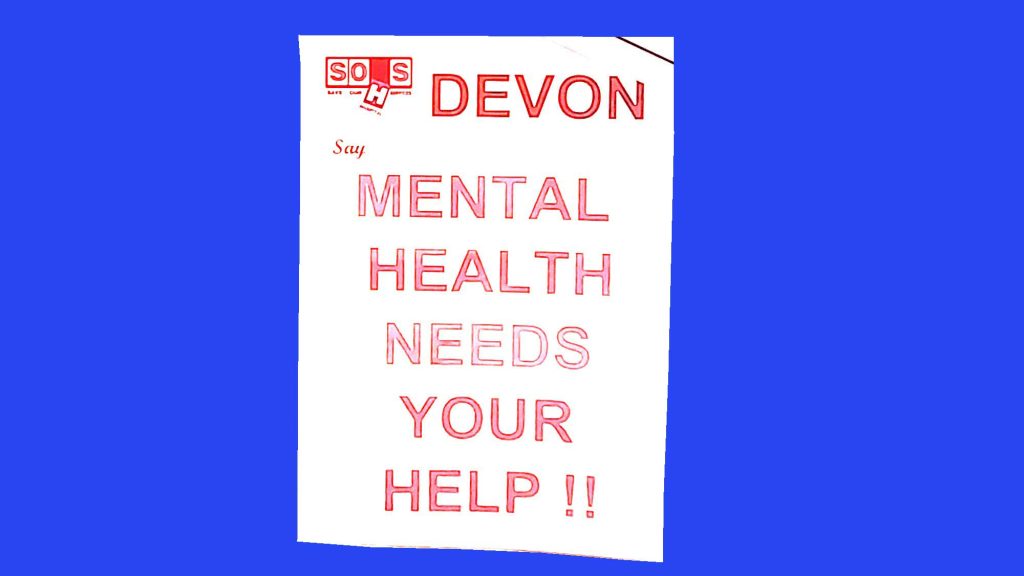 Four mental health support centres, known as the LINK CENTRES run under the auspices of Devon County Council, in Ilfracombe, Barnstaple, Bideford and Holsworthy,  were established in 1992 to offer support to members of the public with mental health problems. The Link Centres have been particularly valuable to those people who have been either unwilling or unable to obtain a ‘referral’  to professional support. Sometimes people are not unwell enough to obtain a referral, sometimes the waiting time for one is far too long, sometimes they are not well enough to manage their day to day activity to access the Devon Partnership Trust which issues them. People were able to drop-in to the Link Centre buildings and get both professional help and advice in a non-judgemental environment, and where others in a similar position to themselves could also offer company, the chance to talk and, ergo, very often a lightening of the mental burden.

The pandemic necessitated a closure of the centres. Some service users maintained a tenuous relationship through phone contact, others did not. In August –September 2021 DCC  announced that they were holding a public engagement exercise as they were considering a reconfiguration of the mental health support services they were offering.  A significant element of their proposals was the reduction in use of or even complete removal of the physical building element of the service, to be replaced with professionals visiting service-users in their home towns or villages for sessions ‘closer to home’. The public were told that this was not a cost-cutting exercise but a genuine attempt to improve the service.

However, SOHS, were not convinced that this was the best way forward. We held a public meeting in October 2021 which was attended by service users, concerned local councillors, carers  and other members of the public.

We gained a very strong impression that service users welcomed the complete anonymity of the Link Centres: they did not want to stay in their home towns and villages and meet up once or twice a week with a visiting health worker – if this happened they could be identified, shamed and embarrassed.

They welcomed the completely non-judgemental atmosphere of the centres, where they could have conversations about anything with people suffering in ways similar to themselves, as well as with caring and sympathetic professional health workers.

They welcomed that these were places where they could take part in an art  or cookery class without worrying that their behaviour  might be considered challenging to others because professional staff were around to help them through difficult moments.

Replacing the building with a visit to a local village hall or other public space would remove the chance of camaraderie, escape from the ties of home, and the sense of a stable secure place to return to.

But from the report which DCC issued in December it is not at all clear that they intend to return to this model and the article in the local press 23rd/24th March suggested that this would not be a service open to anyone with mental distress, but only available through an ‘appointment’. That is NOT a drop-in service.

DCC must be convinced of the necessity of maintaining the system as it was. SOHS Are holding a further public meeting on Saturday 23 April in the Large Meeting Room, floor 3, Barnstaple Public Library 1.00-3.30pm. Whether you suffer from mental health problems, are a carer, ca health care professional, a councillor or simply an interested member of the public, SOHS would love to hear your views on where DCC should go with their mental health provision. All are welcome. Please join us if you can.